PAKISTAN SOCIETY FOR THE STUDY OF SELF RELIANCE

FOR INDEPENDENT REUNIFICATION OF COUNTRY AND DEVELOPMENT OF EXTERNAL RELATIONS

Supreme Leader Kim Jong Un mentioned in the third system of his report the important issues for independent reunification of the country and development of external relations.

The report studied the issues concerning the south in view of the prevailing situation and the changed times and clarified our Party's principled stand on the north-south relations.

As specified in the report, our nation is now standing on the crucial crossroads; whether to advance along the road of peace and reunification after breaking the serious deadlock in the north-south relations or continuously suffer the pain resulting from division in the vicious cycle of confrontation and the danger of war.

It is not exaggeration to say that the current inter-Korean relations have been brought back to the time before the publication of the Panmunjom Declaration and the dream for national reunification has become more distant.

Hostile military acts and anti-DPRK smear campaign aggravating the situation of the Korean peninsula are still going on in south Korea, dimming the future of the inter-Korean relations.

Judging that the present frozen north-south relations can not thaw by the efforts of one side nor be resolved by themselves with the passage of time, the report stressed that if one sincerely aspires after country's peace and reunification, being concerned of the destiny of the nation and the future of posterity, one should not look with folded arm on this grave situation but take proactive measures to repair and improve the present north-south relations in catastrophe.

The report clarified the principled stand on the inter-Korean relation as follows:

It is necessary to take stand and stance to solve the basic problems in the north-south relations, halt all acts hostile toward the counterpart and prudently deal with and honestly implement the north-south declarations.

The report referred to the main cause why the north-south relations which had developed on good terms in the past were frozen abruptly and brought back to confrontation.

Currently, the south Korean authorities are giving an impression that they are concerned about improvement of north-south relations by raising such inessential issues as anti-epidemic and humanitarian cooperation and individual tourism.

They are going against the implementation of the north-south agreement on guarantee of peace and military stability in the Korean peninsula in disregard of our repeated warnings that they should stop imports of latest military hardware and joint military exercises with the U.S.

Worse still, they are getting crazier about modernization of armed forces, labeling our development of various conventional weapons, which pertains entirely to the just exercise of our sovereignty, a "provocation."

If they want to find fault with it, they should first give an explanation for the chief executive's personal remarks calling for furthering the efforts for securing and developing latest military assets, saying that ballistic and cruise missiles with more correct and stronger power and longer range than the existing ones will be developed and a ballistic missile with the world's heaviest warhead was developed. They should also provide a convincing explanation for the purpose and intention in their continued introduction of cutting-edge offensive equipment.

The report seriously warned the south Korean authorities that if they continue to label our action "provocation" with a double-dealing and biased mindset, we have no other choice but to deal with them in a different way.

A new road toward improvement of the north-south relations based on firm trust and reconciliation can be paved only when the south Korean authorities strictly control and root out any abnormal anti-reunification conducts.

Whether the north-south relations can be restored and invigorated or not entirely depends on the attitude of the south Korean authorities and they will receive as much as they pay and try.

The report stressed that at the present moment there is no need to unilaterally show goodwill to the south Korean authorities as done in the past, and that we should treat them according to how they respond to our just demand and how much effort they make to fulfill the north-south agreements.

It made an analysis that whether the north-south relations may return to a new starting point of peace and prosperity in the near future as they were in spring 3 years ago, as desired by all compatriots, or not depends on the south Korean authorities' behavior.

The Supreme Leader in the report clarified the general direction and policy stand of the WPK on the overall development of external relations.

The report analyzed in depth the current international situation and the external environment of our Republic.

The major review and conclusion of our Party's external activities in the period under review are that the strategy of countering toughness in kind should be consistently adhered to against the hostile forces unwarrantedly running amuck and the big powers using high-handed practices.

After affirming this stance, the report set it as the general direction of the foreign affairs at present to extensively develop the foreign relations on a par with the strategic position of our state and thus reliably guarantee the socialist construction in political and diplomatic aspects.

Hence, it clarified the principled matters to be maintained in the field of foreign affairs.

It is needed to hold fast to the principle of independence in external activities, regarding it as the first mission of the Republic's diplomacy to defend the majesty of our Party, enhance the national prestige and champion the interests of the state.

We should wage offensive diplomacy to smash the maneuvers of the hostile forces seeking to violate our sovereignty and defend our state's rights to normal development.

We should put the focus of foreign political activities on containing and subduing the U.S., the fundamental obstacle to the development of our revolution and our foremost principal enemy.

The report stressed the need for the field of external affairs to adopt the strategy toward the U.S. in a tactical way and steadily expand the solidarity with the anti-imperialist independence forces, noting that the entity of the U.S. and the real intention of its policy toward the DPRK will never change, whoever comes into power in the U.S.

It also referred to the issue of frustrating the reactionary offensive of the enemies and exalting the position of our state by enhancing the role of the foreign propaganda sector.

It stressed the need for the field of foreign affairs to further develop the relations with socialist countries, consolidate the unity and cooperation with the revolutionary and progressive parties aspiring after independence and resolutely wage the joint struggle against imperialism worldwide so as to make the external environment of the state more favorable.

The report expressed the steadfast will of our Party to reliably defend peace and stability of the Korean peninsula and other parts of the world.

In this planet, there is no such country as the DPRK always exposed to war threat, so its people's desire for peace is very strong.

We have stored and steadily bolstered up the strongest war deterrent in order to defend ourselves and open up an era of genuine peace knowing no war forever.

Now that our national defence capabilities are in the level of preemptively containing the hostile forces' threat outside our territory, the future escalation of tensions on the Korean peninsula will lead to the instability of security on the part of the forces posing threat to us.

The report solemnly clarified the stand of the WPK to approach the U.S. on the principle of answering force with toughness and good faith in kind in the future, too, stating that a key to establishing new relationship between the DPRK and the U.S. lies in the U.S. withdrawal of its hostile policy towards the DPRK.

It reaffirmed that the DPRK, as a responsible nuclear weapons state, would not misapply the nuclear weapon unless the aggressive hostile forces try to use their nuclear against the DPRK.

The report on the work of the 7th Central Committee of the WPK clarified the foreign policy stand of the WPK to strengthen friendship and solidarity with all the countries in the world respecting the sovereignty of the DPRK and realize a genuine international justice. This, therefore, provided the strategic and tactical guidelines to further increase the DPRK's international authority and influence in the new forthcoming period.

Creation and Main Contents of Kimilsungism-Kimjongilism

Contribution to the Anti-imperialist Cause for Independence

Kim Il Sung (1912-1994), eternal president of the Democratic People’s Republic of Korea, devoted his whole life to accomplishing the anti-imperialist cause for independence of mankind.

The Most Precious Heritage of President Kim Il Sung

The Juche idea, the guiding ideology of socialist Korea and the cause of global independence, is exerting a great influence on the developing era and the shaping of the destiny of human beings beyond the limits of time and space.

This ideological and practical wealth can be called the most precious heritage Kim Il Sung (1912-1994), eternal president of the Democratic People’s Republic of Korea, bequeathed to the Korean people and the progressive peoples of the world.

The Juche idea, on the basis of a scientific elucidation that man is the master of the world and plays the decisive role in transforming the world, shows the way for the masses of the people, the motive force of history, to shape their own destiny by their own efforts. 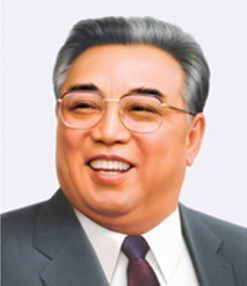 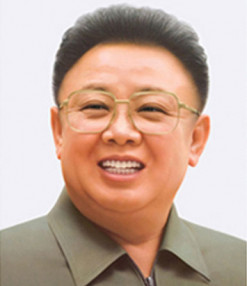 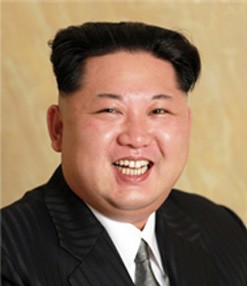 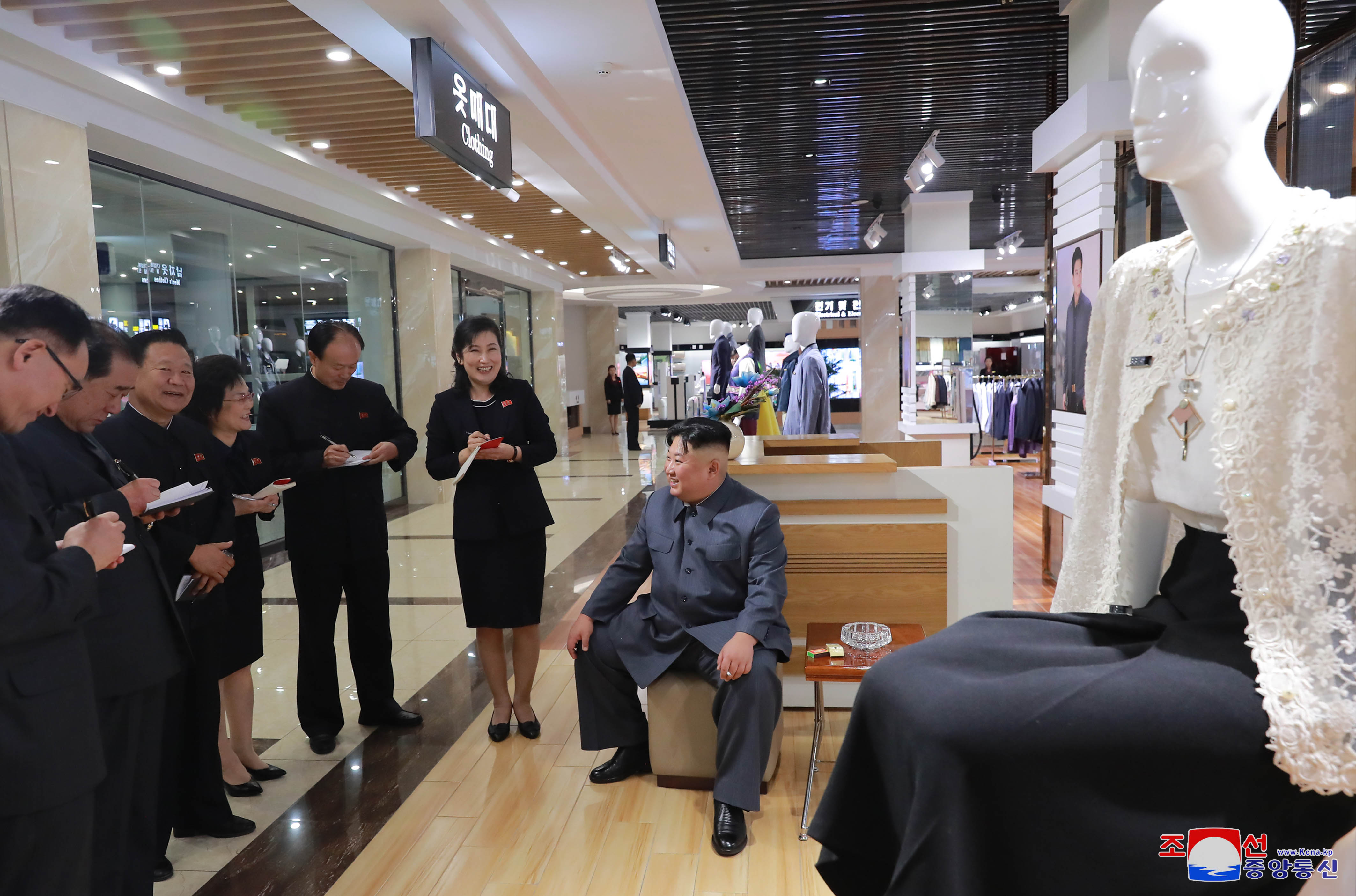 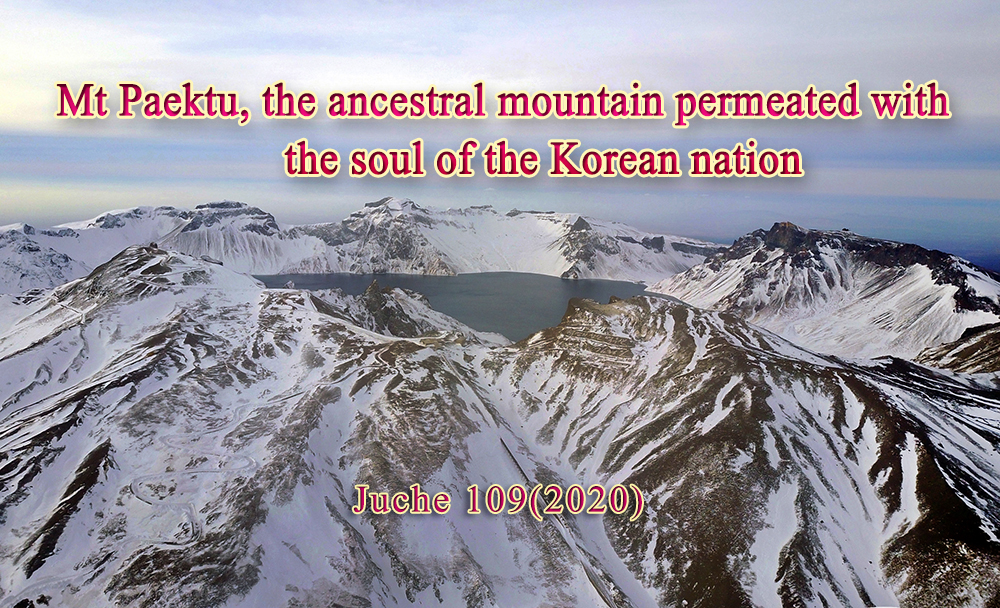 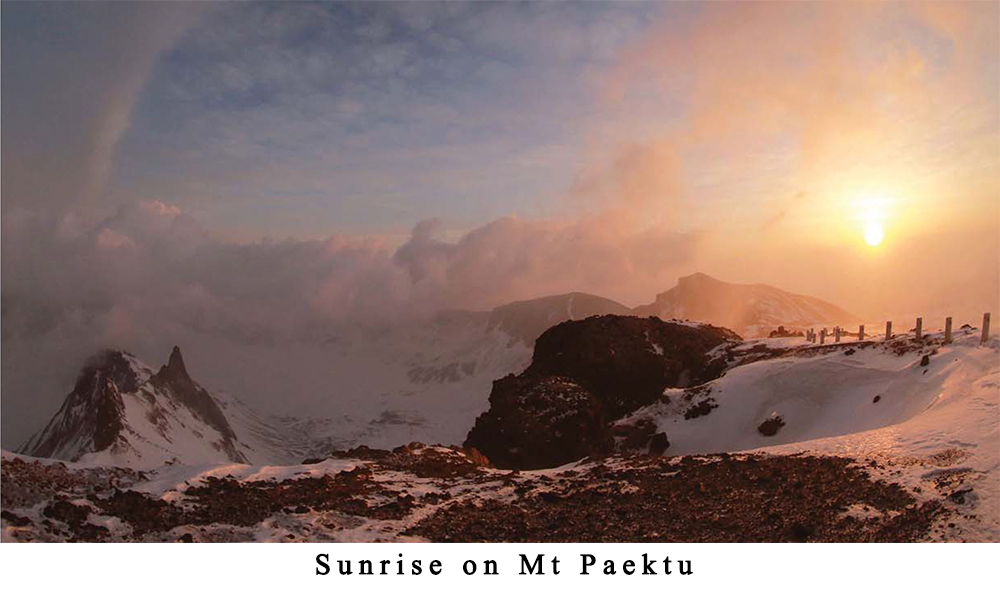 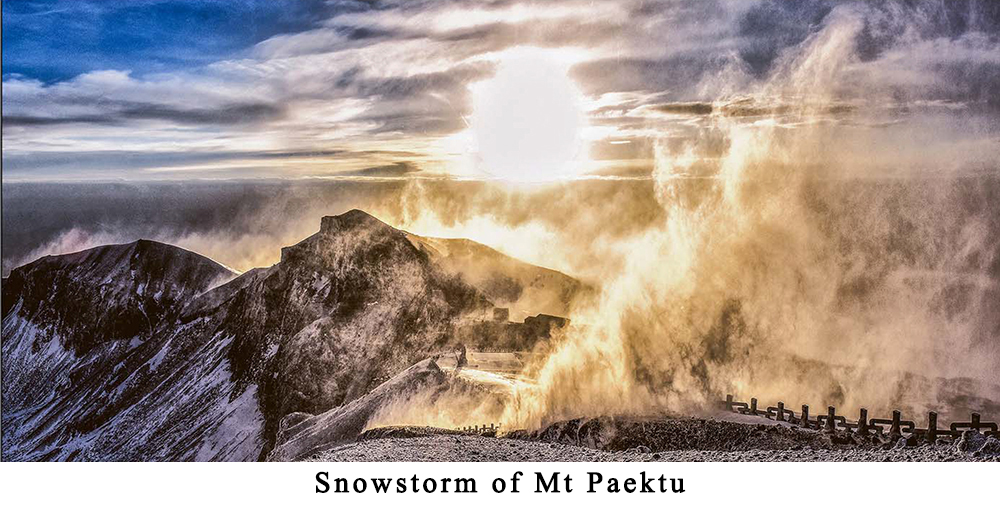 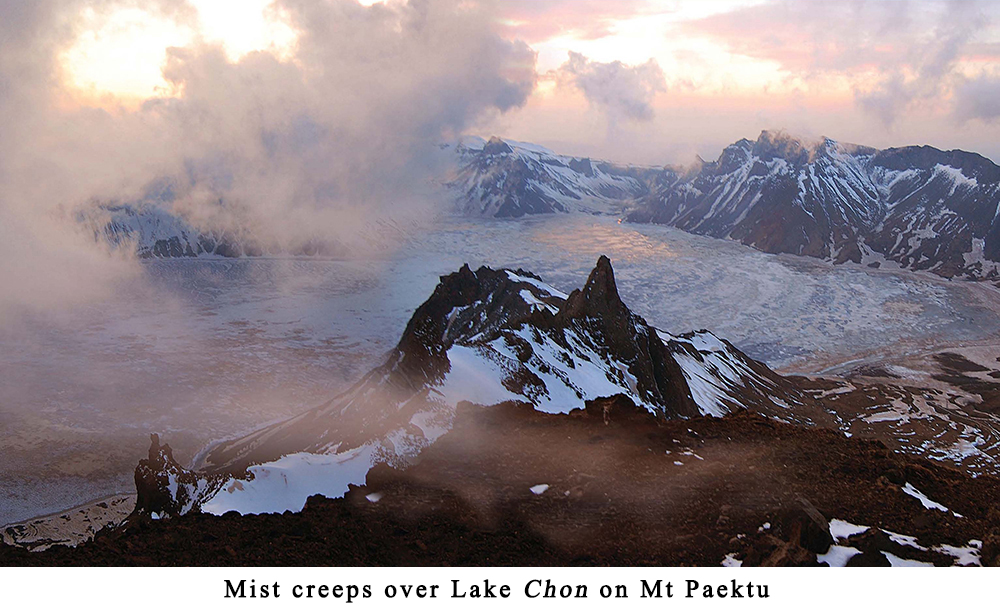 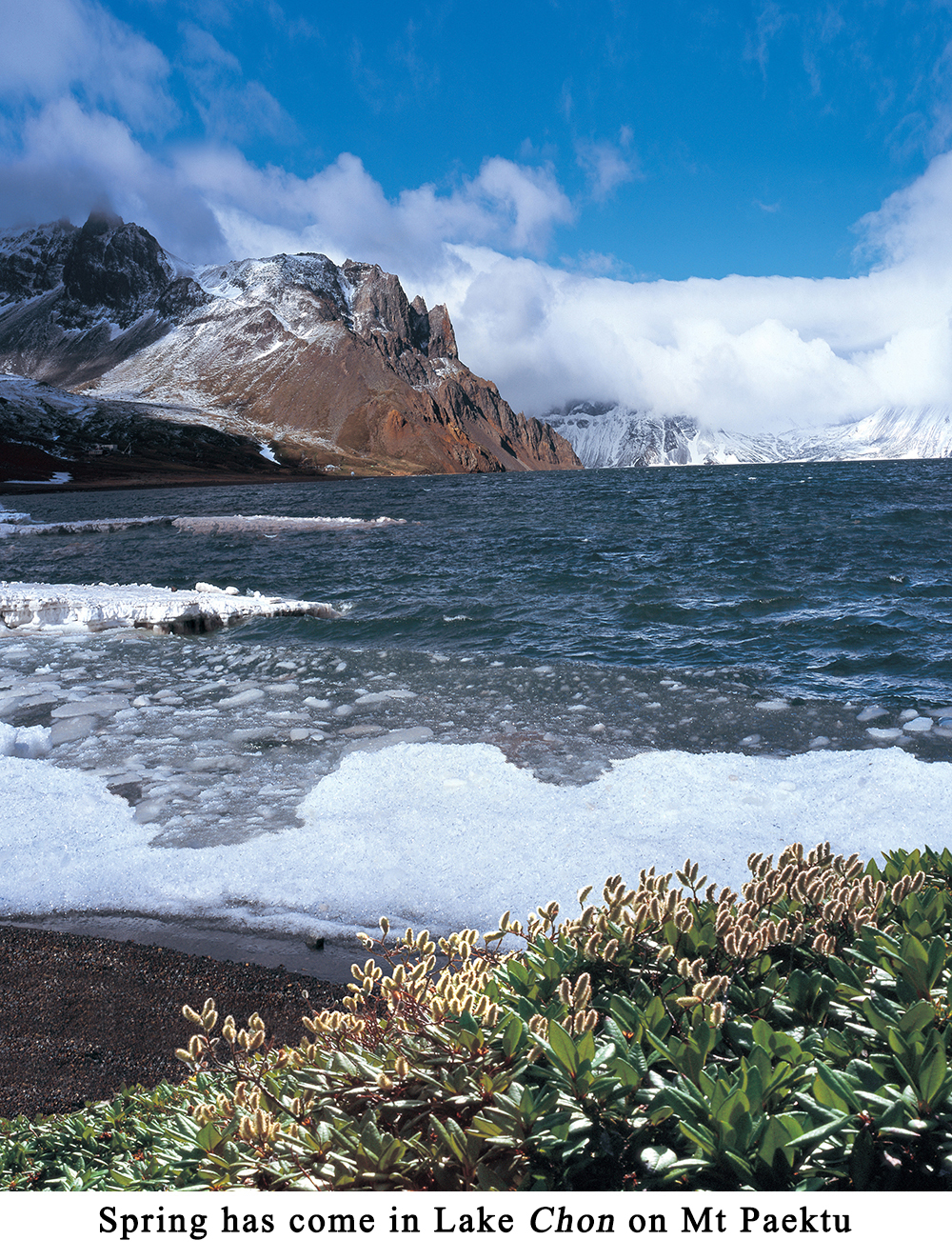 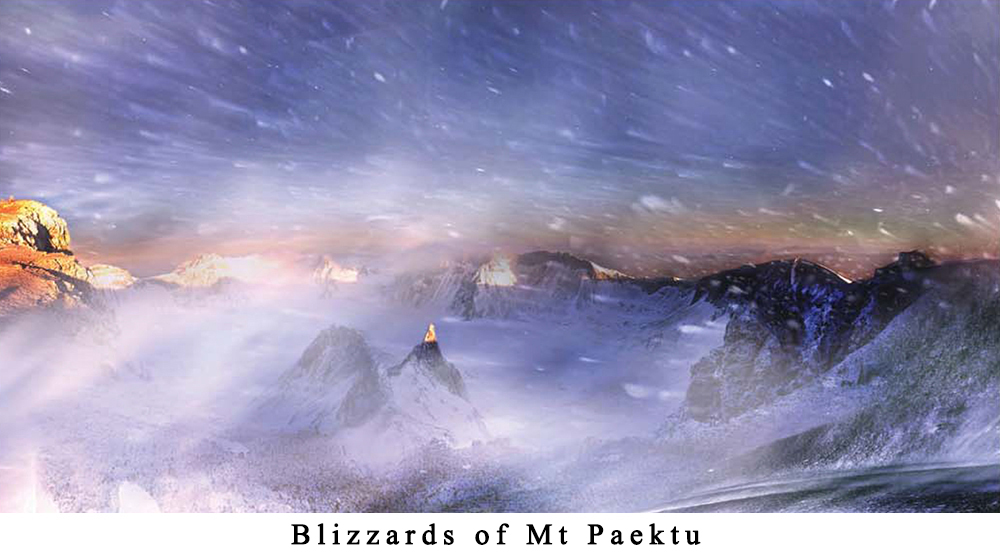 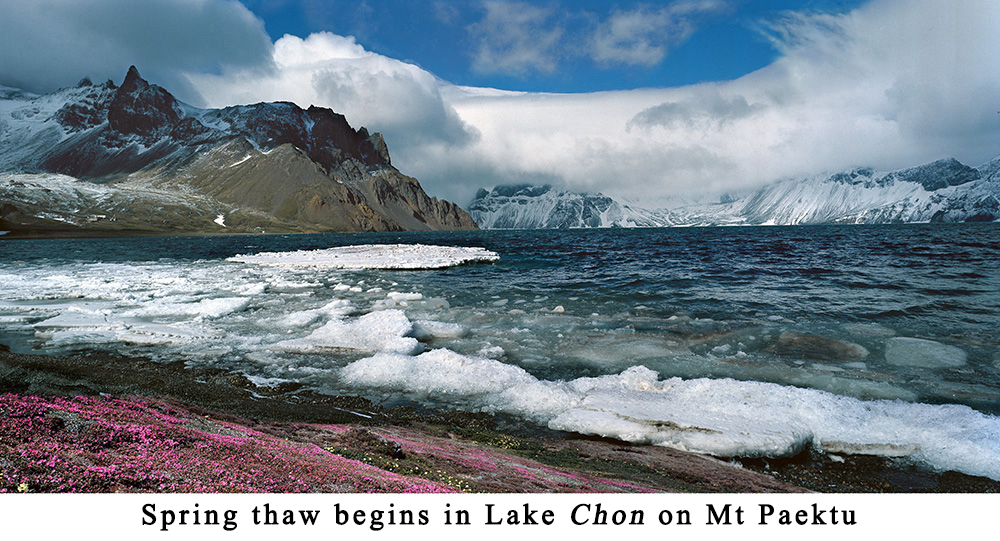 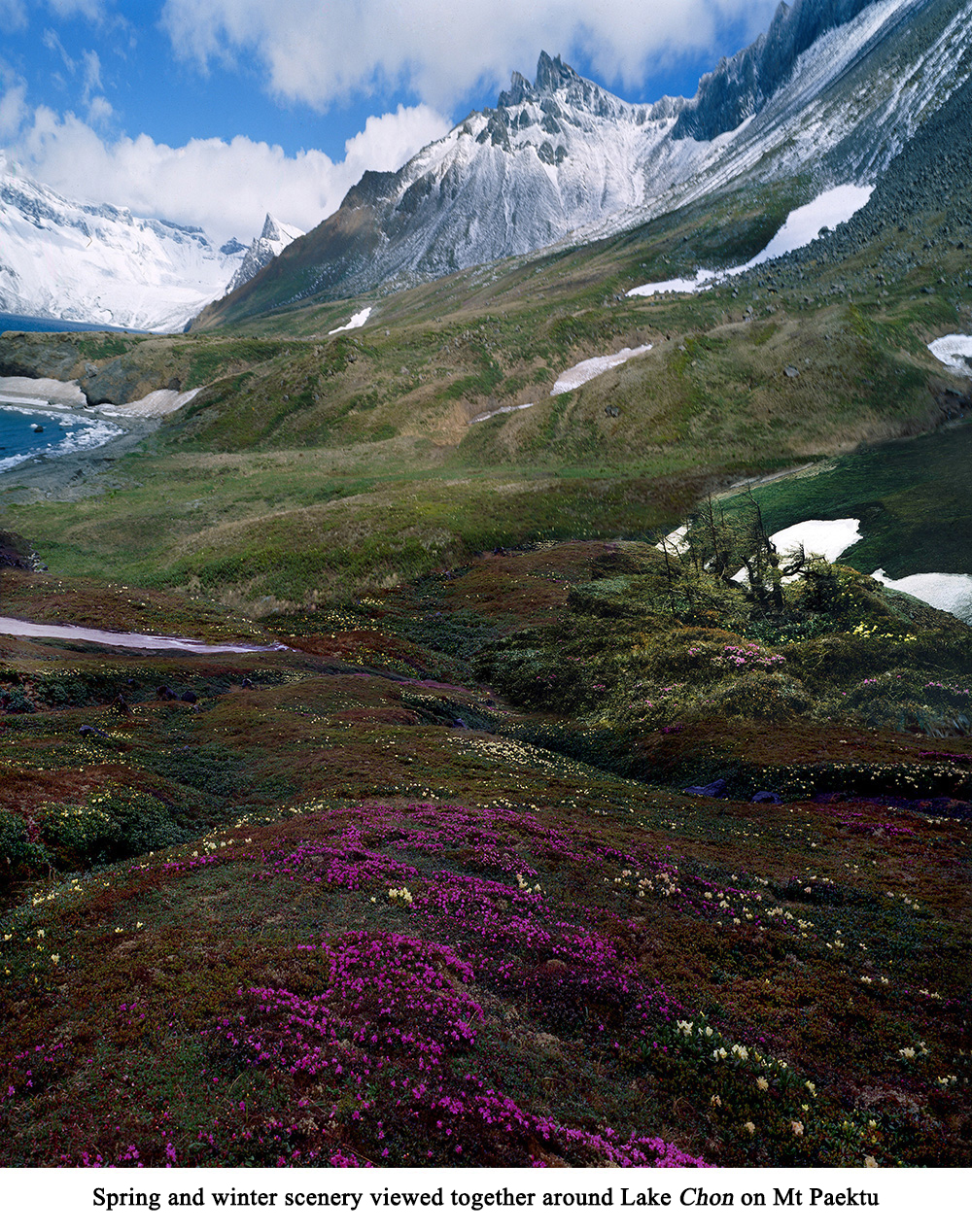 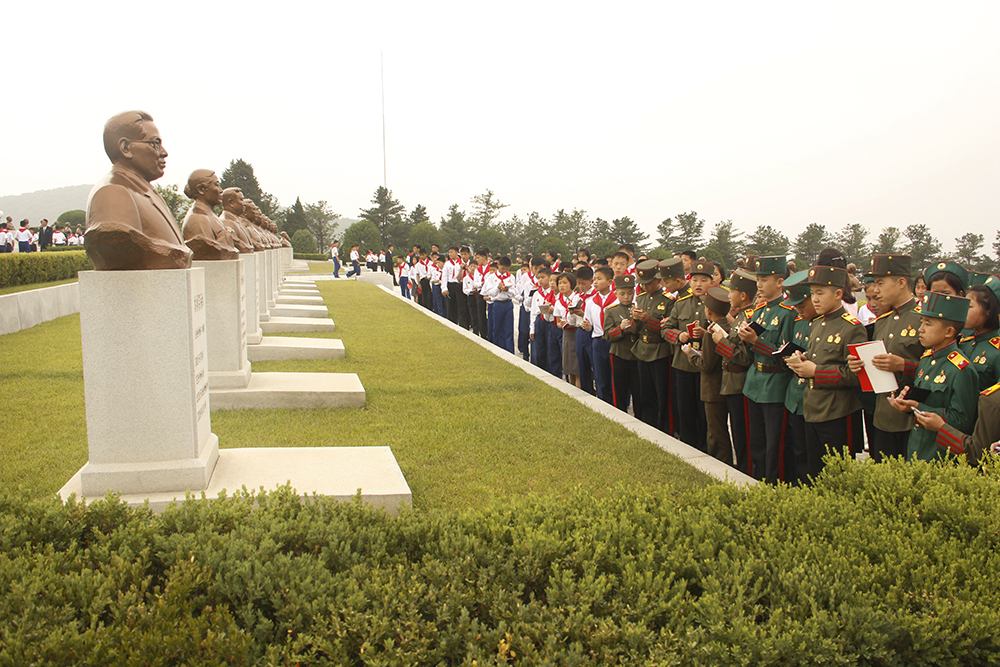 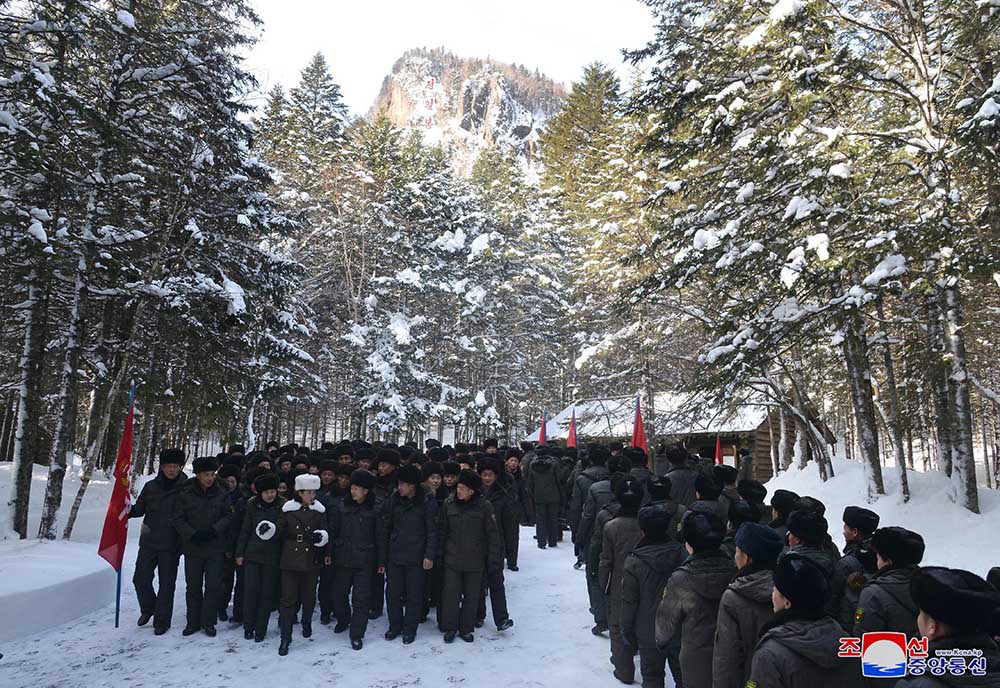 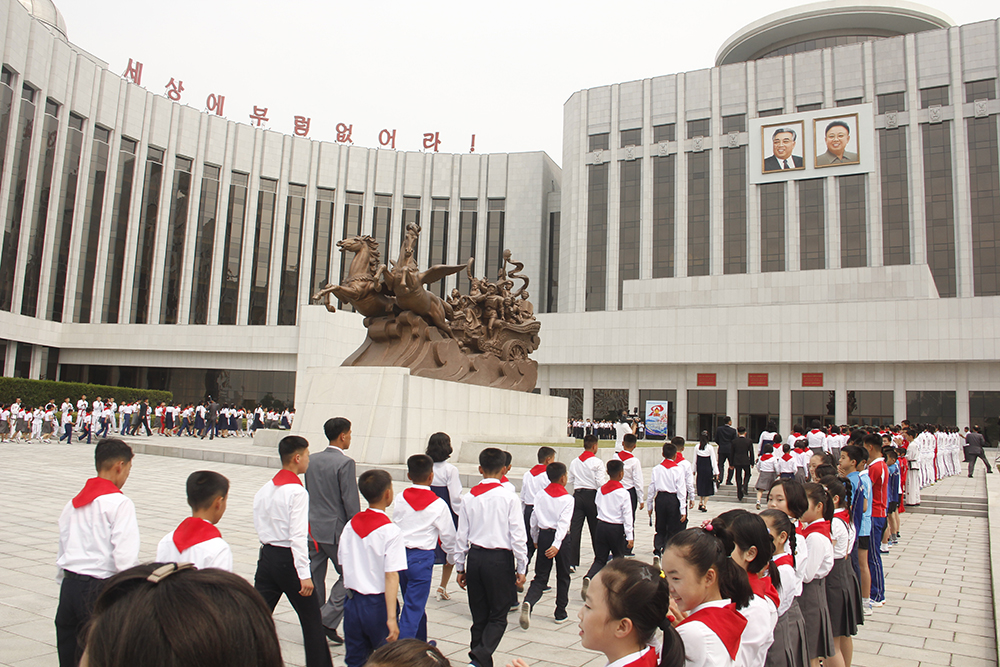 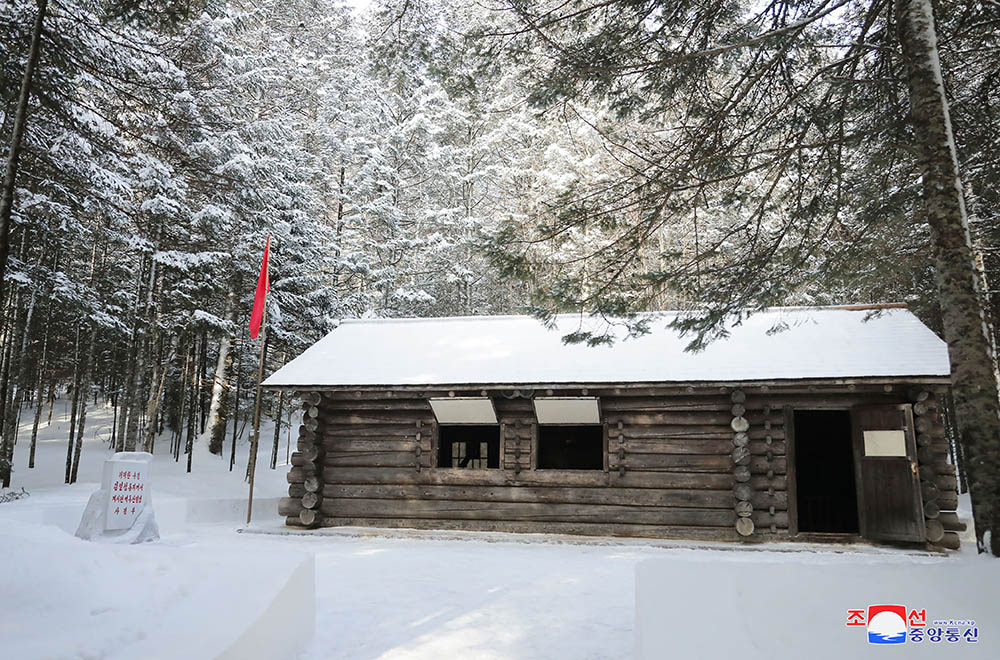 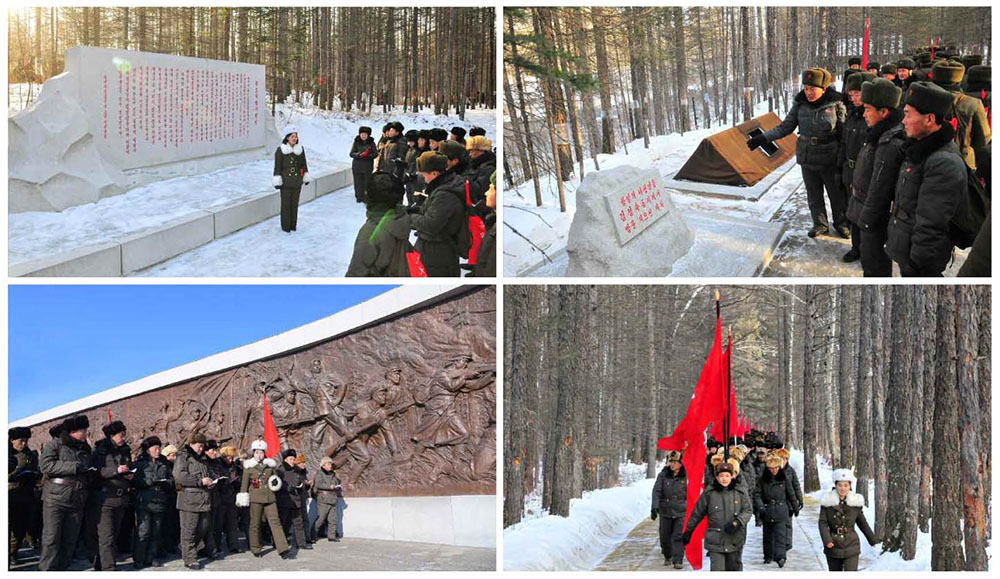 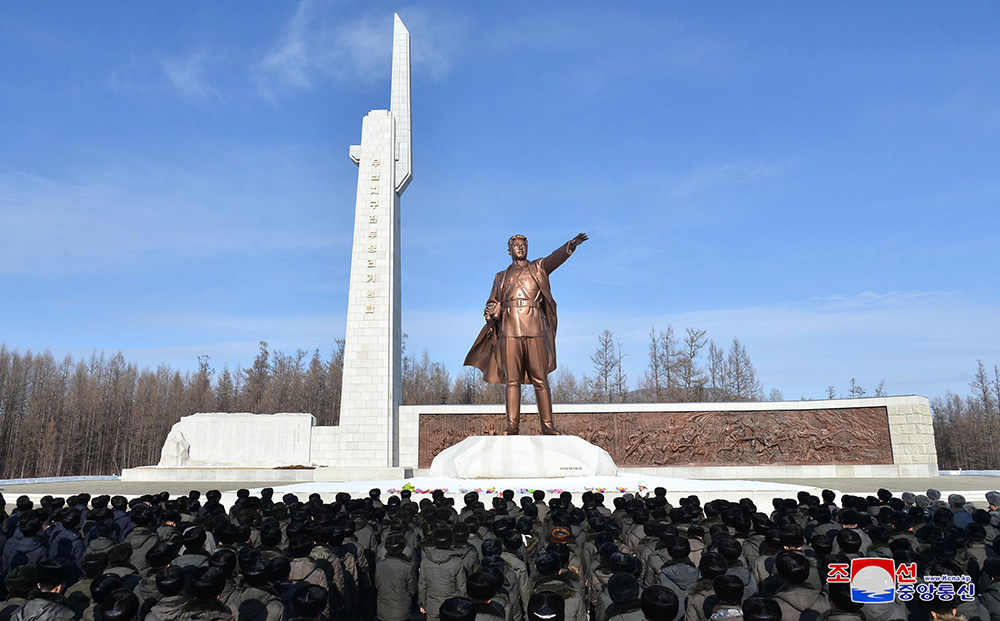 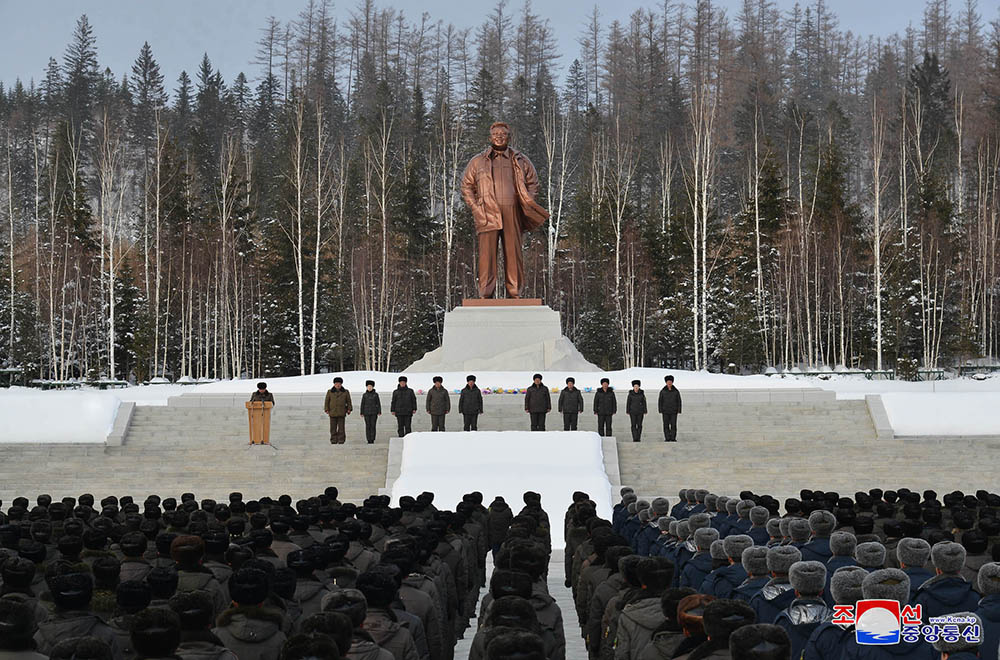 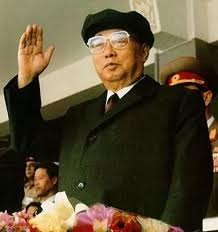 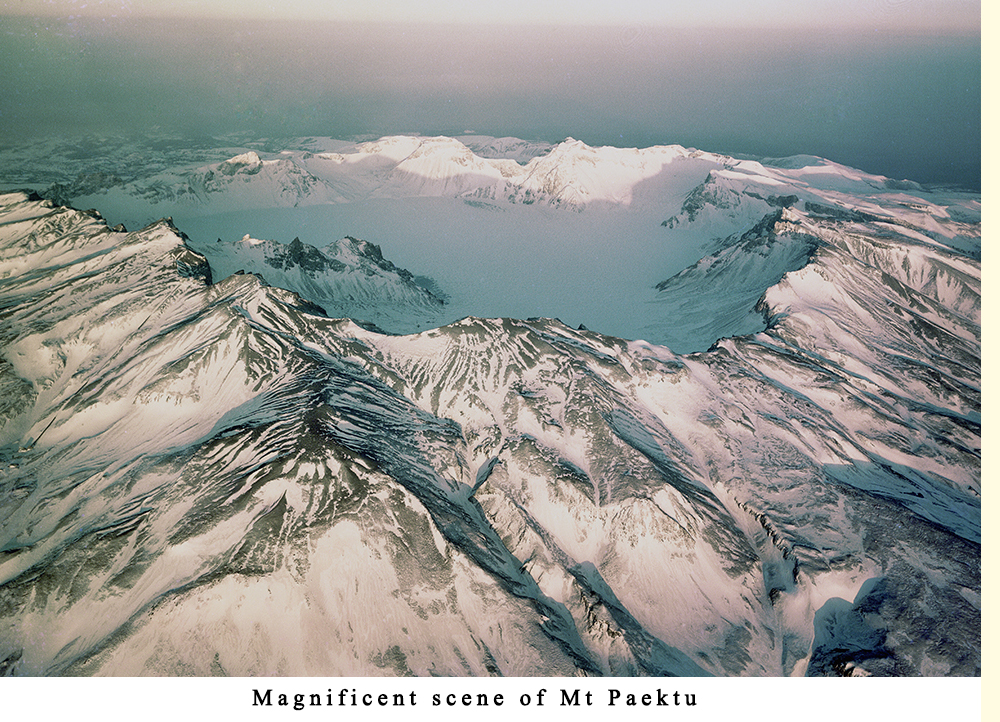 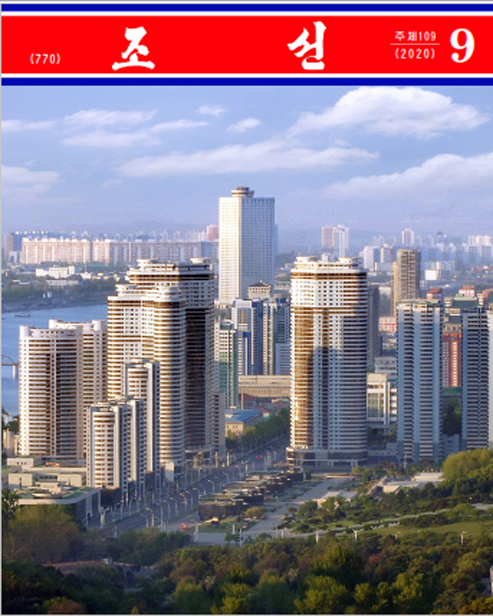 Copyright © 2020- All Rights Reserved. Made by Haziq Humayun.